Constant, my new scifi romance will be out at the end of the month!

I love finding ways to feature Canadian locations (and let's face it, Canadian heroines) in my books. Angel grew up on a Fraser Valley farm, east of Vancouver, BC. I also put a permanent dome over the Whistler ski resort, kinda like a great big snow globe.

Finally, huge thanks to Hot Damn Stock for always having the perfect hero and heroine for my covers and to my husband who finds the other components and does the fiddly image clipping. It makes the final touches so very, very easy. 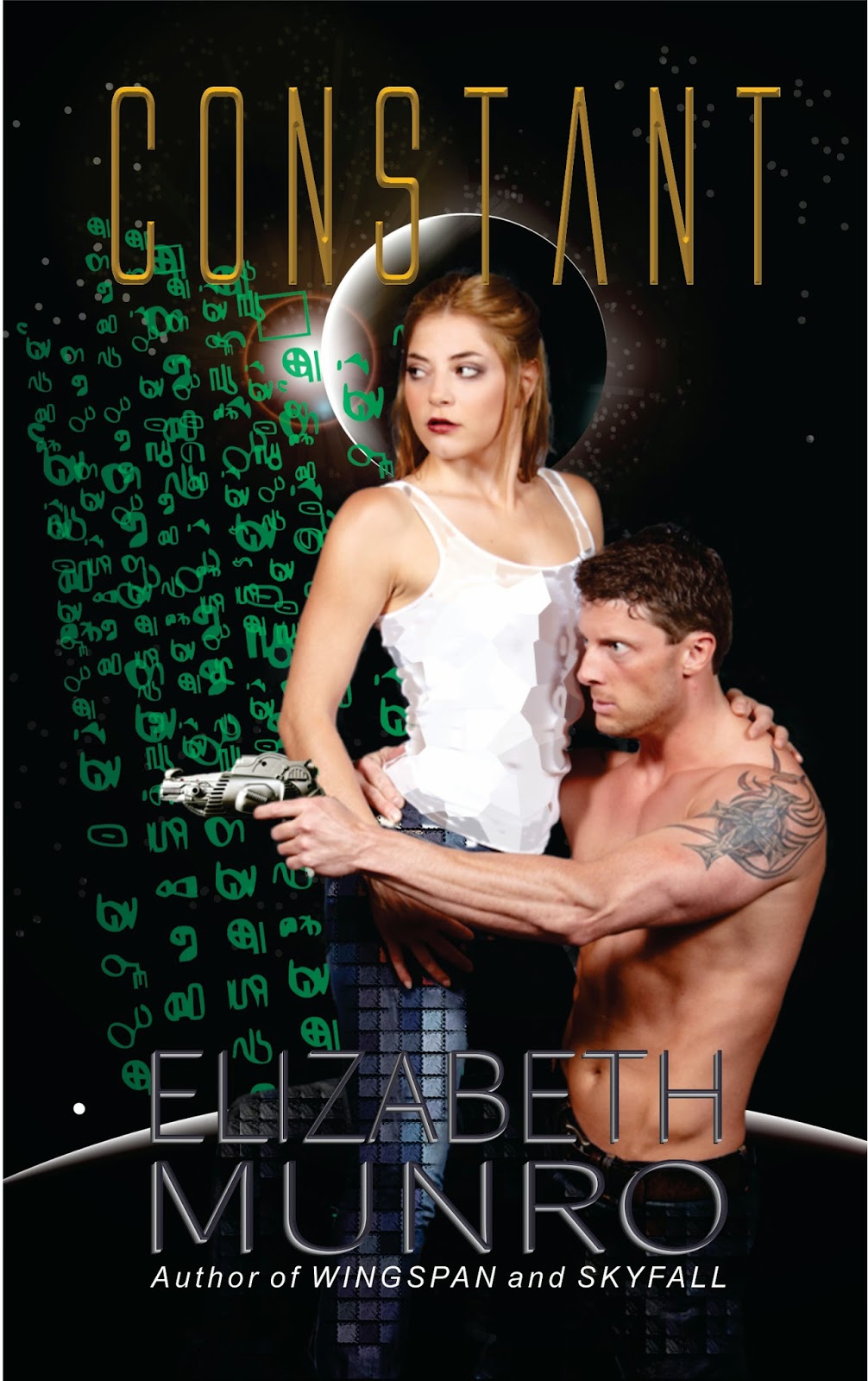 As a Core Alliance soldier, Rye knows the grind of skirmishes on one forgotten planet after another. Then six years ago he discovered loss when the woman who meant everything died in his arms. Now, a chance meeting brings her back into his life. Under pressure to hide her from his superiors and rocked by the truths hidden in her past, Rye can only take one path. Follow his heart until every piece of it, and hers, heals.Angel has secrets; why she joined Core and why she never sought Rye out when her body was stolen from cryo and put back together. She fights her own battle against the Aphids, at first for vengeance and now to protect the little piece of Rye she brought back from the other side. When she finds herself back in Core hands, she has no choice but to allow Rye to take her home and in doing so, she endangers far more than the quiet community which brought her back to life.