I recently saw a post in which an author suffered a major setback - he'd lost thousands of words in his Work in Progress. Twenty thousand, to be specific.

I can only imagine the feels. To me, it would be like losing a part of myself I could never get back.

As in saving different versions of your work as distinct documents. I started doing this in University when working on my BSc in Computer Programming and found it works the same way for writers.

Basically, it's a three step process. 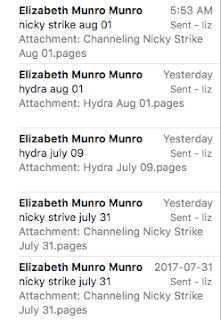 1) Name your document with the date at the end. I go mm-dd so they are sorted nicely.

2) At the end of each day (or start) use that save as button in Pages or Word or Open Office and advance the date. Now you have two files, yesterdays and todays.

3) Email yesterdays to yourself.

Yep, that's it. Save a new version of your WIP every day.

I use a third party email with an unlimited inbox so there is lots of storage. 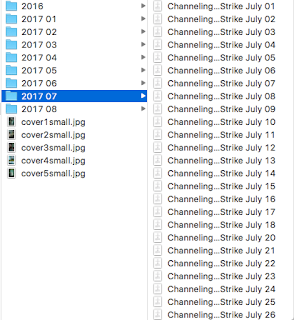 Ever wished you could go back in time and find that brilliant passage you deleted months ago?

Yep, it's there. Depending how far down the rabbit hole you want to go you can quickly access all your past versions.

For me, each book has a folder and within it I have folders with years and months and way down at the bottom I have the individual days.

Versioning not only helped me avoid the dreaded F on a programming project but has allowed me to roll back to a previous version of my work if I make a catastrophic "replace all" error or decide I'm barreling down the wrong plot path.

Mileage will vary, of course. If you're using Scrivener for the like, those products may take care of this for you. If you're all about brilliant writing in free Open Office or $20 Pages, getting into the habit of versioning will reduce the likelihood of losing chapters or spending hours fixing all your quotation marks.
Posted by West Coast Book Reviews at 06:21 No comments: 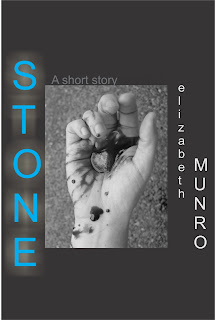 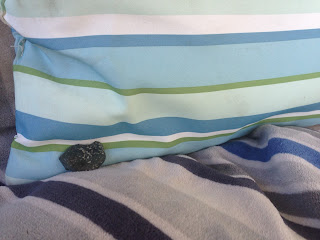 From Heart of the Hydra, in progress

Posted by West Coast Book Reviews at 19:30 No comments:


So... it's that time again when the prices drop and YOU get to browse the offerings of over 100 amazing Science Fiction and Fantasy titles all 99 cents each July 2 and 3! You can find Donna Maree Hanson, Husk Shona, Aurora Springer Author, Carysa Locke, Athena Grayson, Monica Enderle Pierce, Ed Hoornaert and so many more. 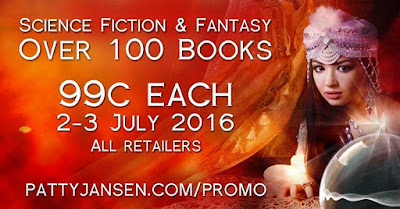 The Chronicles of Anna Deadly Boxed Set is included, all three volumes 99 cents! 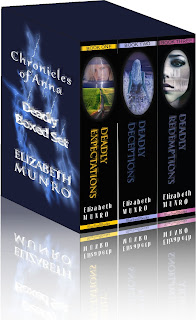 Posted by West Coast Book Reviews at 08:36 No comments: 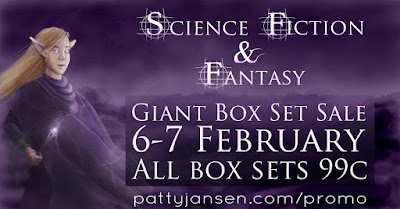 This weekend, pick up my gryphon shifter box set, Taken on the Wing, plus 44 others for 99 cents each. Looking for Zombies? Dystopian? Science Fiction? Elves? Castles and Magic? or Paranormal Romance <--mine

Love a multi-author box set or the whole series in one get cozy in your favourite spot and don't come up for air until the end of the final chapter? Get clicking!

Come find your new favourite author, adore the gorgeous covers, flee from the Zombie hordes, visit a fantastic world where cats rule ancient China and experience gryphon battles in the frozen skies over Jasper, BC <-- mine.

From Vertigo (working title) the follow up to Constant

“Do you feel this?” Opal strokes her fingers over Max's hip then touches the plasteel of his prosthetic leg where it joins his skin.
“Yes,” he tenses but doesn’t stop her.
“Where?”
“Small of my back.”
“I see,” she kneels and lets her lips trace the path her fingers took. “And here?”
Max’s tongue touches his top teeth and he moves a hand to protect his flank as his breath quickens as she moves above his knee.
“Tickles?” Opal asks.
“It’s not supposed to.”
“But you learn them like they learn you. They’re supposed to provide feedback.”
“Not really tickle, more like prickle but it’s gentle and not unpleasant.”
“So you can tell the difference between me touching you here and touching your side?”
Max nods. He hasn’t let her experiment like this before. Prior to today, he’s shown as much interest in sharing the legs with her as he does his tools.
She continues as Max rolls to his back and strokes her knuckles over the inside of the nearly seamless horizontal cylinder which takes the place his knee.
“Too soon,” Max moans as he draws his toes up.
Confused, Opal repeats the touch with her lips and Max brings his hands down to cup himself.
“I wasn’t touching you there,” she explains and Max raises his head to look.
“You were,” his brow creases so she brushes the inside of his knee with her nose. “That’s interesting.”
“Interesting?” Opal leaves a final kiss on the inside of Max’s knee. “I hope this isn’t the last time I’m interesting.”
“Nope,” Max reaches down and pulls Opal up to his side. She shivers so Max takes a moment to get her covered up and finish shedding his shirt. “I don’t think I’ve seen you tired.”
Opal doesn’t mind the change of subject. Warm and wrapped in Max, she sinks under the weight of sheer exhaustion.
“I don’t know how you do it, Max,” she yawns until spots form around the edges of her vision and she has to breathe. “You’re so good at fixing my bad days. I know I was reinstated and should be happy. I am. You just…remind me what’s best about living again.”


“You do the same for me, Opes,” Max replies. His prosthetic legs feel cool against hers and she sinks into a deep sleep, safe and distant from her long day.

Posted by West Coast Book Reviews at 16:47 No comments:

SF and Fantasy Set in Canada


My pick list for my 2016 read sf/fantasy set in every province and territory.
Books may appear listed under more than one region if their stories are set in more than one region.
This list is a work in progress, suggestions and corrections are welcome.

Girlfriend in a Coma
Douglas Coupland
http://coupland.com/
Find on Goodreads

Scouts of the Apocalypse
Michell Plested
http://www.michellplested.com/
Find on Goodreads

Cave Beneath the Sea (Shards of Excalibur #4)
Edward Willett
http://www.edwardwillett.com
Find on Goodreads

The Lake in the Clouds (Shards of Excalibur #3)
Edward Willett
http://www.edwardwillett.com
Find on Goodreads

Song of the Sword (Shards of Excalibur #1)
Edward Willett
http://www.edwardwillett.com
Find on Goodreads

Twist of the Blade (Shards of Excalibur #2)
Edward Willett
http://www.edwardwillett.com
Find on Goodreads

Out of Time
D. G. Laderoute
Find on Goodreads

Someone Comes to Town, Someone Leaves Town
Cory Doctorow
http://www.craphound.com
Find on Goodreads

A Study in Aether
Eric Desmarais
http://www.EricDesmarais.ca
Find on Goodreads

Posted by West Coast Book Reviews at 18:38 No comments: